Series Description:
Gianni Rinaldi was introduced in the Touched By You series, the endearing romance of Tanner and Natalie.
Gianni
was the owner of GR Showroom, and showcased Natalie’s fashions. He was a
source of jealousy for Tanner, although his relationship with Natalie
was strictly professional in the Touched By You series. But he was
deeply involved in his own romance, which you can now read about in
“Leah’s Seduction.”
The
story unfolds over a series of novellas. Each is an episode in the
ongoing tale of seduction into the secrets of the fashion industry, and
the temptations of love. 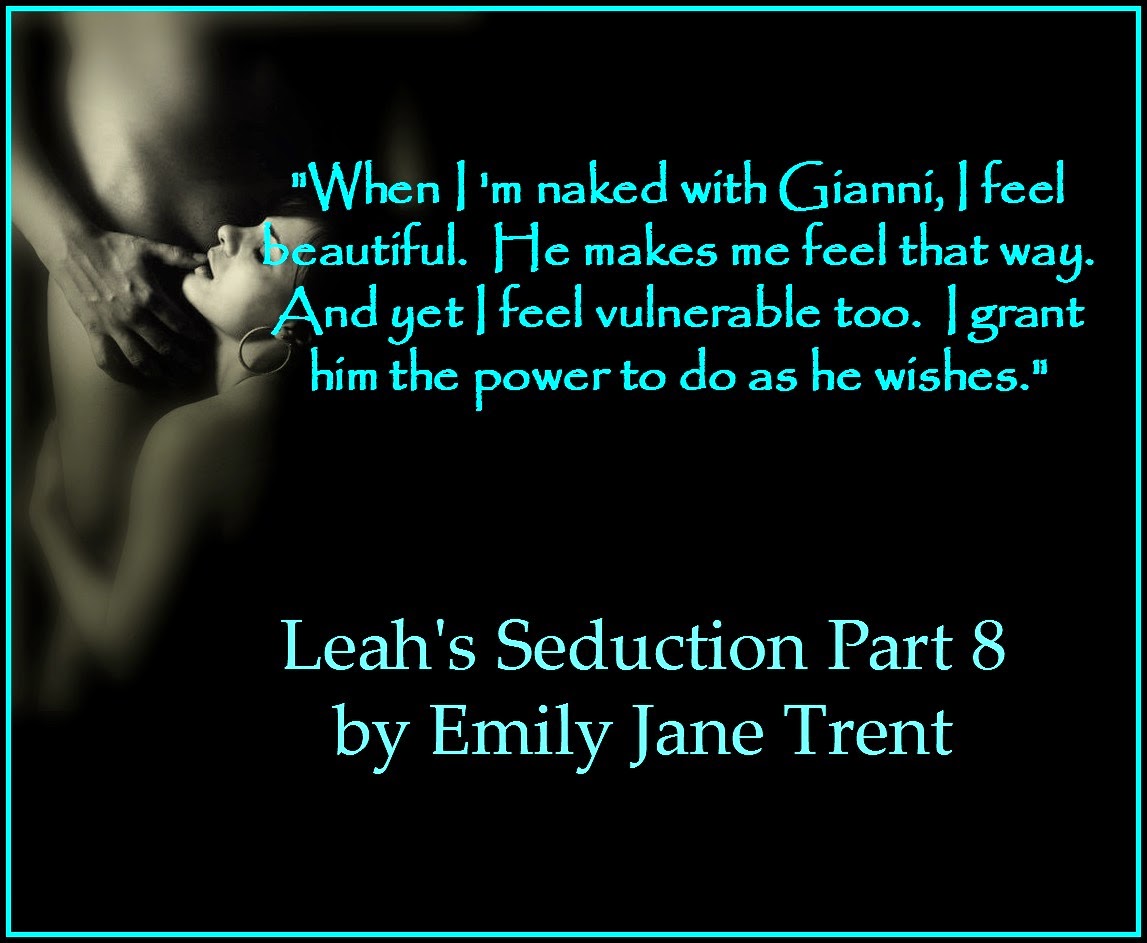 Gianni’s ex-submissive won’t back off. Determined to end the
harassment, Gianni investigates what Ava is up to, and what he learns explains
a lot. Despite the stress, he is determined for Leah to open up to him more,
and his plan might work. Meanwhile, Leah is hopelessly in love. But just when
she thinks the worst has happened, there’s more. And she isn’t sure how much
their relationship can endure.
Blurb:
Gianni is enraged with his ex-submissive when she won’t stop
harassing Leah. He uses his own resources to find out what’s behind it.
Maintaining control, Gianni devises a way for Leah to open up to him
completely. Will his plan work?
Leah cannot escape Ava’s threat, and is unable to predict
what will happen next. Then Gianni catches her off guard with a new request.
She agrees, but has doubts. When it seems like everything is crumbling around
her, Leah gets some alarming news from a friend. Will it be the one thing that
destroys her relationship with Gianni?